If you’re like me, the first time you saw the circle of fifths you were like “No thanks, I’ll pass!”

Many guitar players shy away from learning music theory but it seems too complicated. We’d rather just focus on playing our guitar and learning by ear (which there’s certainly nothing wrong with that!).

But here’s the thing – you learn music theory by default almost every time you pick up your guitar. You know what an E minor chord is, right? You know that the chords C and D sound good when you play a G, right?

So why not take it to the next level? Especially if it’s going to help you write better riffs and songs!

The truth is theory doesn’t have to be looked at as some complex equation of the unknown. And in this post, I’m going to provide you with an easy and simple way to understand and use one of the best theory-based tools for writing music: the Circle of Fifths!

What Exactly is the Circle of Fifths?

Let’s start with the basics. In layman’s terms, the circle of fifths shows you which chords go together to form a progression with a particular key.

This can also take your songwriting to the next level, and that’s what we’re going to get into below. But first, let’s talk about the nature of the circle of fifths and why all of these chords are listed the way they are.

Now, let’s get more into how each chord on the circle of fifths chart relates to one another below.

How to Guitar Players Can Use the Circle of Fifths

The most common problem guitar players have is we’ll come up with this killer riff. But we’re not sure where to go or what to play after that. And that’s where this tool can be powerful.

Here’s how the circle of fifths can work for guitarists:

For example, let’s say you just wrote a killer riff in the key of A minor (we’ll start with a minor chord since we’re playing metal here!). Here’s what you’d have to work with:

Pretty easy, right? See the circle of fifths really isn’t difficult to understand at all.

Assuming that you’re in standard tuning, one of the most common keys for metal guitar players is E minor. It’s the lowest note on the guitar and, of course, produces the heaviest sound.

So here are all of the chords (and notes) that you can play in the key of E minor:

***We go much deeper into turning your riffs into progressions, progressions into songs, and every aspect of songwriting in our course Metal Songwriter’s Forge.

Now, let’s move everything over just one chord and play in the key of B minor. The cool thing is this is going to put us in a key playing some different chords.

So, we covered some common keys and chord progressions for playing metal guitar. Obviously, if you’re down-tuned, those same concepts would apply.

But what about writing a riff or song in a not-so-common key for metal? Or rather, playing those chords on a place of your fretboard that you’re not used to playing on.

This is truly a powerful concept for songwriting to make your songs stand out and not sound like the majority of other metal songs out there. It will also help give your album diversity and freshness.

The last thing you want is for every song on your album to sound the same. And you certainly don’t want your guitar riffs and songs sounding like another existing song.

Changing the key, especially to one that’s not common for guitar players, will almost guarantee a unique sound.

I challenge you to write a song in a key that you’ve never written in before. For this example, let’s use the key of G# minor.

Chances are these are chords (or places on your fretboard) that you rarely ever play (if ever!). That being said, playing these chords might feel a bit strange at first. So you may be tempted to stop and do a powerslide back into the key of E minor, or another familiar key.

But don’t shy away from the concept of playing in a different key. Even if it feels weird at first.

The other benefit to playing and writing songs in different keys is that you’ll get different tones, characteristics, and vibes from those notes and chords. Again, this will help give that song its own life and differentiate it from everything else.

Lastly, playing in a different or uncommon key will help you learn your fretboard better. Not only will you be playing chords that you don’t normally play, but you’ll be playing accompanying notes (such as guitar solos or harmonizing rhythms) with those different notes as well.

Breaking the Rules of Music Theory

The last thing I want to point out is that you don’t have to stick to the rules of the circle of fifths. In fact, the circle of fifths isn’t intended to be a rule book for writing music. It’s only there to help you with corresponding chords and notes that fit into a specific progression based on the main chord you chose to work with.

Here are two common examples in metal music of breaking the circle of fifths:

In fact, that’s part of what makes metal music stand out. Using those notes that supposedly don’t belong gives your riffs that edge and in some cases, that wicked and sinister vibe.

So don’t be afraid to venture outside of the circle of fifths when you’re writing guitar riffs and progressions.

At the end of the day, it’s all about writing the best and most original-sounding song that you can be proud of. And you may have to break the rules to do that.

NEXT STEP: If this post (and video) helped you, we encourage you to get our metal songwriting course, Metal Songwriter’s Forge.

You can learn more about that here. 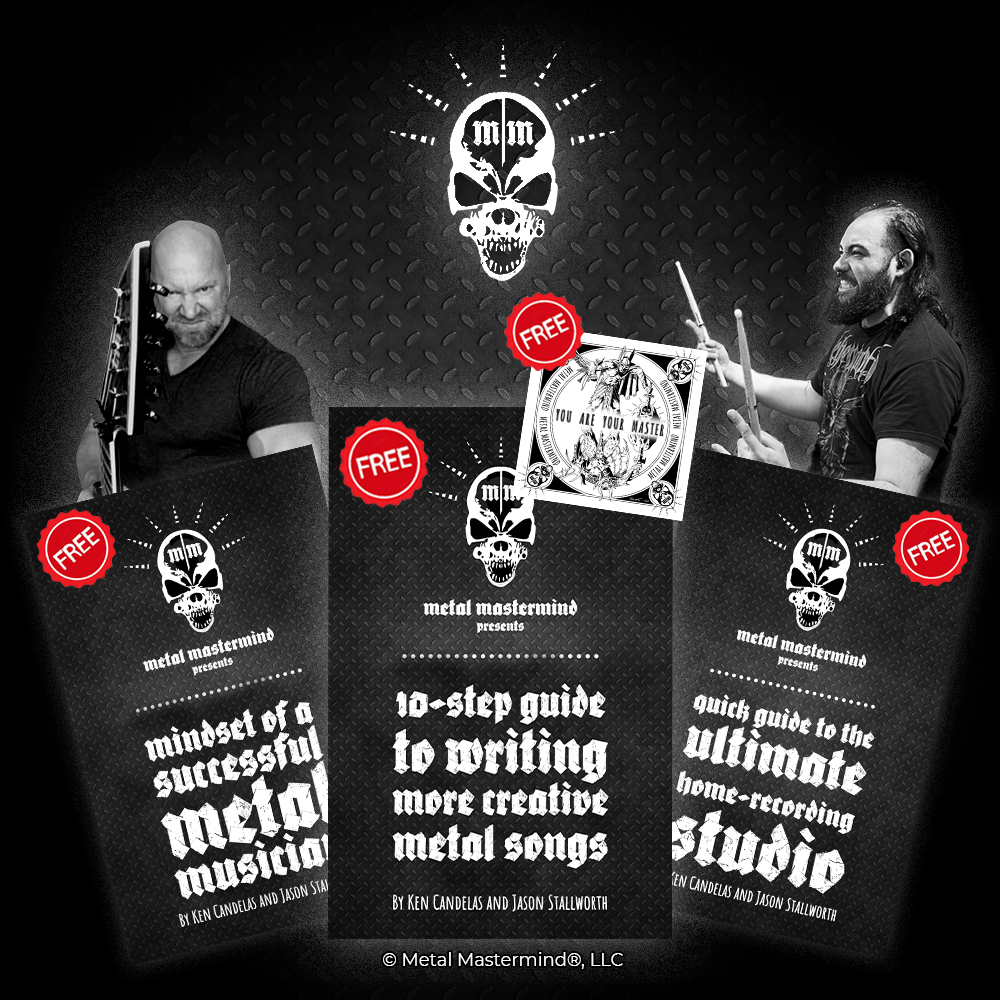