How to Form a Successful Metal Band (6 Tips) 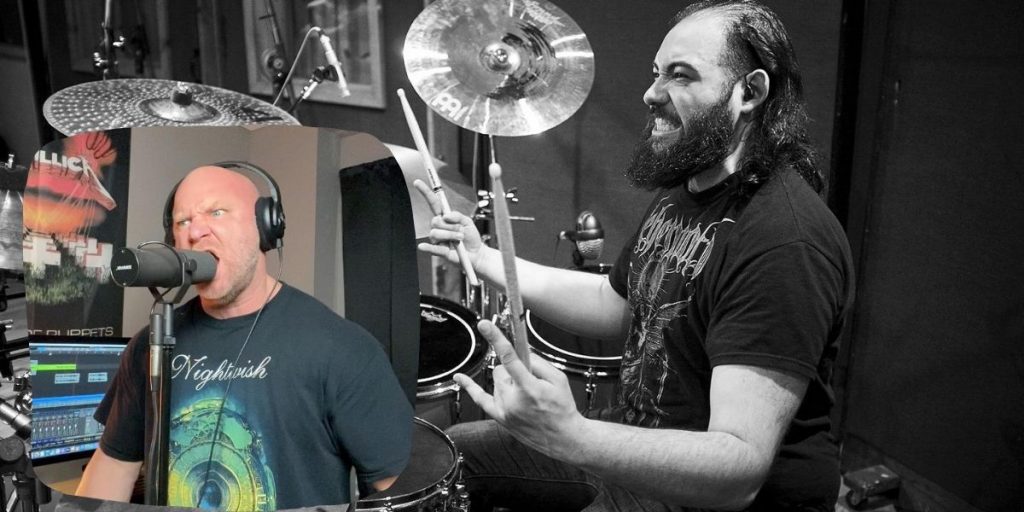 So, you’re ready to start a metal band. Or maybe you already have a band but need to recruit new members.

And you want more than just a band that jams in your garage once a week. You want to form a successful metal band that’s playing shows and getting exposure!

In this post, you’re going to learn six methods for creating and maintaining a metal band that’s here to last. We’ll also cover the really touchy stuff that we musicians often avoid, like money (we have a straight-forward solution for that!).

**These tips cater more towards the leader (or founders) of the band, or the band owner, per se. You have to understand that every ship needs a captain, and that person has a great responsibility.

Forming a metal band is easy to start. But it’s difficult to prolong. It’s like any relationship…it takes work to keep it going.

This is going to test your will, endurance, and love for your band members. And vice versa!

In fact, being in a band is like being in a marriage, but with 3, 4, or however many people you have in your band.

It almost sounds like you’re running a business! In a sense, you are if you intent on your band being successful. And we’ll go deeper into that later.

2 – How to Choose the Right Band Members

Whenever you’re seeking new metal band members, you need to be sure of what you’re band is all about and who you really need to fill in those spots.

There are two ways to think about this:

Either way, you need to make sure they’re cut out to do the job. This not only means having the talent to play their instrument or sing. It also means fitting the profile of the band (this is why it’s crucial to know what you’re band is all about).

Now, if your new band member is going to have a creative input and be part of the songwriting process, you need to factor in how that’s going to work with things like album and streaming sales.

In this case, it’s imperative to have an open discussion upfront. You also may want to consider having an interband agreement; a contract. And we’ll get into the money part in tip #5.

If not, you may want to ask yourself are you really looking for an actual band member, or do you really just want what’s called a hired gun?

This makes things a little less complicated as they are simply hired to do a job. This is more common when the band is already established or being established by the initial group.

*Sometimes choosing the right band member may turn into parting ways (a nice word for firing) a band member.

This can be a tough decision, especially if there was a friendship prior to the band forming. But this is where you have to separate the two and really be honest with one another to decide what’s truly best for the band.

3 – Setting Expectations within the Band

Whether your metal band is just starting or already established, the one thing you want to do is set the expectations. You’ll also want to hear what your new band member expects, as well.

*This is actually something you’ll want to review with your band once or twice a year.

Here’s what having clear expectations will do for your band:

The majority of issues that cause strife (and breakups) in a band come from not setting those expectations in the beginning. As the band gains popularity and you start having those successes, problems are bound to arise.

But if everyone is aware of their roles and expectations, this will greatly reduce the risk of conflict (we’ll be talking about how to handle conflict in the final tip!).

4 – Knowing Your Band’s Principles and Values

Your band needs to have a set of principles and values…

“We control our actions, but the consequences that flow from those actions are controlled by principles.”

The principles in a metal band should be hardcoded, like laws. If you think about it, no one breaks the law. If a person does something against the law, the law is not hurt by this. That person is. So rather, people are broken by the law.

Some examples of a band’s principles could be:

The band’s values are what governs your behavior’s. This can be challenging because it’s not just you; it’s your entire band, and the band members need to have aligned values.

Some examples of a band’s values are:

*We’ll admit this is probably something most bands don’t think about. But it’s important to have these discussions as your principles and values will form and shape the band’s character.

Establishing principles and values will also help establish what you’re band is about, not only the style of music but as a brand.

Alright, now it’s time for the uncomfortable part of the band conversation: money.

Money isn’t everything, but it’s the only thing that’s measurable in both businesses and bands. It’s how you survive and how you move forward.

If you are the one investing the most into the band, you have grounds for deeming yourself as the leader. And it also means that you have every right to receive a higher percentage of music sales and overall revenue.

If everyone is contributing evenly, then you can divide the revenue in a fair way that reflects each member’s contribution (even if everyone if pitching in their fair share, the band still needs that leadership role).

Another money topic among bands is how the revenue is distributed to the songwriters.

Depending on how serious you are about pursuing your music as a career in regards to your band, it’s wise to consult with a music attorney. And this goes back to setting expectations amongst your band members and reviewing those expectations (and contracts) on a regular basis.

*If you’d like to learn more about writing metal songs, check out our post: How to Write a Metal Song

6 – How to Handle Band Member Conflicts

With all relationships, there needs to be a balance. And each party has to be willing to compromise at times. This is even more crucial with a band.

That said, conflicts are prone to happen. However, you can reduce the risk of conflicts with one word: respect.

If you go back through this post and follow these guidelines, you’ll learn to gain respect and give respect within your band. And when conflicts do arise, it may be a good time to revisit things like expectations, principles, and values.

If you’re already in an established band, gather your bandmates and read through these, and discuss each point together. You may find that you build an even closer bond with one another and that you become more powerful as an entity.

If you’re considering starting a band, use these guidelines to help you seek out the right type of band members. Bringing in the right people from the beginning will give you a far better chance of success.

And remember, just because they’re an amazing guitarist, drummer, bassists, etc. doesn’t mean they’ll be a good fit for your brand, which is ultimately the band you’re forming.

We truly hope this helps your band start smoothly, or move up to that next level of success!