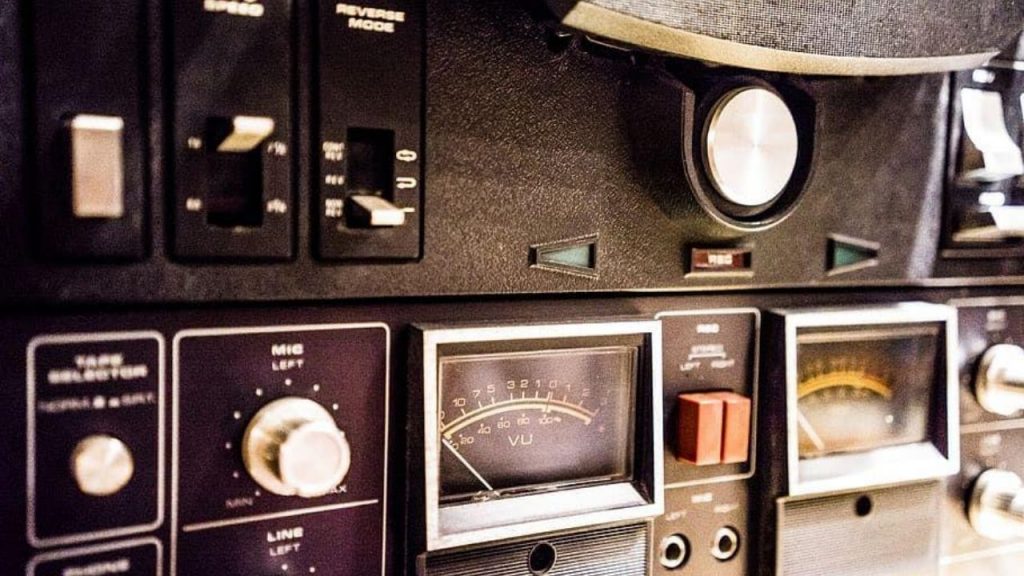 Today we have the cleanest, clearest, and loudest metal albums. And that’s all thanks to the use of modern studio recording technology.

However, some of the most iconic metal albums that continue to be revered to this day were recorded with what we would now consider outdated methods and technology.

There’s no doubt that modern technology has made recording much easier. In fact, you can record a quality album in your bedroom.

Heck, you can even correct musical mistakes made when recording guitars and drums, and make the vocal tracks perfectly in tune (just imagine perfectly in-tune death metal vocals..lol!).

But are there elements that we’re missing that were once captured with the vintage recording methods?

We’re going to dive deep into some vintage and modern metal albums and compare production quality and liveliness of these albums, and creating music, in general.

We’ll answer these questions and we’re also going to compare the production of some of the most well-known metal albums from today and the early days.

Let’s dive right into the recording methods, starting with vintage…

The word ‘vintage’ carries a certain prestige and is often a sought after effect that many musicians are after. Just look around at all of the hardware and software that’s simulated to replicate vintage gear.

But the actual process of vintage recording does have its challenges and limitations. Here are some of those…

The greatest challenge of this era was musicians really had to nail it down the first time. And oftentimes the band was recorded live because of the technology limitations.

There were also production limitations. Do you ever notice how the drums and bottom end sort of lack prominence in older metal albums?

Despite the above limitations, there are some musicians that seek this sound, specifically from the 80s metal bands per this thread on GearSlutz: Why Do 80’s Metal Mixes Sound So Good?

Modern technology has made it easy and almost effortless to record music. In fact, you don’t have to spend thousands of dollars in a ‘pro studio’ to make a record anymore. And with modern technology, you can make quality music from your bedroom, and with minimal gear.

There’s an interesting article by Christopher DeArcangelis on Reverb.com expressing how technology changed recording: How the 1990s Changed Recording and Music Production Forever

Pros and Cons of Both Vintage and Modern Methods

At this point, you may think ‘why bother using vintage recording methods?’

Well, let’s take a step back. Because there’s a reason why many vintage techniques are still used in the studio, despite the ease that technology grants.

You see, there’s a particular vibe with those vintage sounds that just can’t be replicated with modern elements. However, modern techniques allow more freedom to make changes at any given moment to make a clearer sounding record.

Also, because of the limitations of vintage recording, bands had to often nail it on the first-take. It was expensive to recording back in those days, and it wasn’t like you could just ‘punch in and out’ if you made a mistake. There’s a liveliness and an art to that which demands appreciation.

Modern recording methods make recording easily accessable. The downfall to that is most anyone with mediocre talent, if that, can record music and cover up their mistakes with things like auto-tune or drum samples.

How to Combine Vintage and Modern Recording Methods

Clearly there are some major benefits to modern recording methods. But there are also some organic feel and liveliness that you get with vintage techniques that even the greatest of technology can’t quite replicate.

But who says you have to choose one or the other? Instead, we’re going to share some ways you can combine both methods to get the best of both worlds (btw, that’s a cool song from Van Halen’s 5150 album!).

One awesome example is with recording guitars. You can do is record your guitar the ‘vintage way’ by miking your guitar amp. And then use VST plugins for your effects.

This works great because you have that live guitar tone with that irreplaceable air-push from the speaker captured in your studio. But you’re not limited to just that sound as you can add in your effects like delay, reverb, or chorus using plugins.

Sweetwater Music has a great guide of how to properly mic your guitar amp here: How to Mic a Guitar Amplifier

Another example is you could record your bass guitar using a virtual amp but run your bass guitar through a distortion pedal first, then from the pedal to your interface. This would allow you to use some vintage distortion, which may work great for metal music.

Let’s face it. There’s a lot of controversy over using ‘fake’ programmed drums versus real drums. And just to set the record straight, we at Metal Mastermind always recommend using real drums (if you don’t play drums, hire a drummer!).

That said, you would mic the drums up and record them. And then you can go back to change things like the room sound or add other sounds you may want by using virtual effects.

Glenn Fricker of Spectre Sounds gives an in-depth tutorial on how to record drums for metal (this is part 1 in the series):

In the live video at the beginning of this post, we talked about metal bands from both eras that have some amazing recordings…

You can clearly see that no matter what era, nothing beats capturing a great performance and having talented musicians and songwriters. For more on this, be sure to check out our post: Golden Rule of Recording

Watch the LIVE Episode of Vintage VS Modern Recording Techniques

Below is 2nd YouTube LIVE for Metal Mastermind. We break it down and you’ll hear some interesting feedback from our awesome audience.

We hope that you enjoyed this post and got something out of it! If so, please share it!